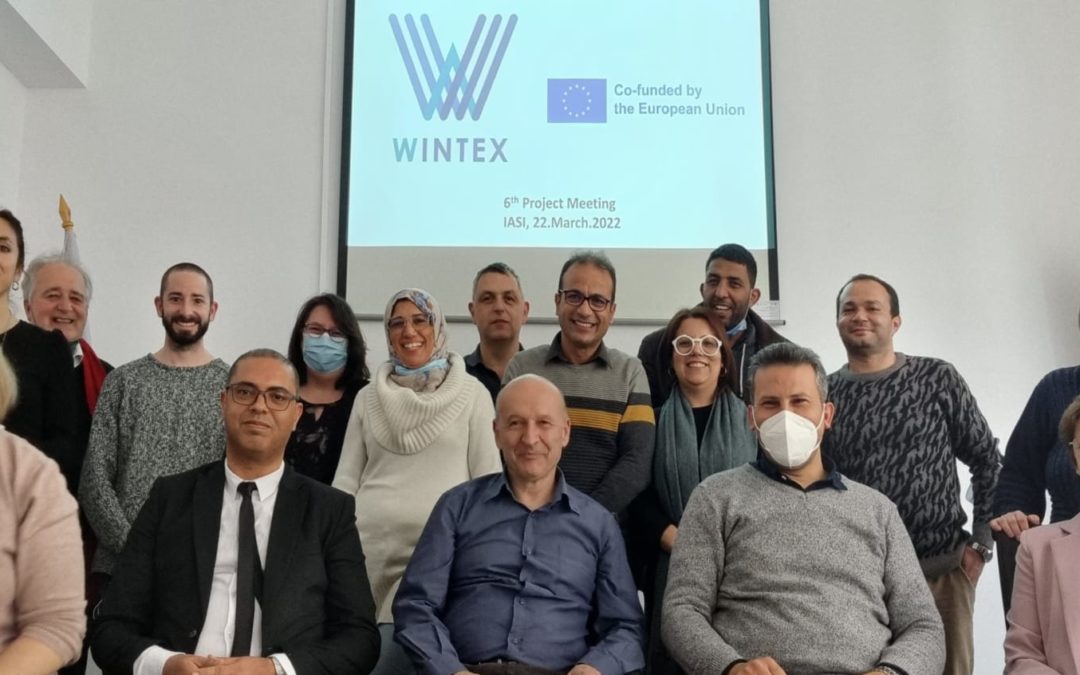 From March 21st to 23rd, WINTEX consortium held its sixth meeting in Iaşi, Romania, under a hybrid format.

During the first journey, all partners could visit the TUIASI facilities, including the knitting laboratory, the CAD laboratory and footwear laboratory. Afterwards, the meeting started with the UPC, the project coordinator, updating the rest of the consortium about the technical advances of the project.

The topic the partners focused the most, was the WP2: the development and implementation of the capacity building part of the project. Several ongoing activities needed to be discussed, such as the equipment purchased for the Tunisian HEIs, the innovation tech transfer plan for Tunisia which is already finished, the advances of the pilot testing reports and the definition of the Tunisian collaboration platform, among others.

Later, some communication and dissemination remarks were reminded and discussed as well as a quality review of the project was exposed.

The consortium discussed about the next roundtables, previewed by March 31st, 2022, which will be hold in live streaming, with the possibility to be followed by all interested stakeholders.

Finally, during the second journey, on 23rd, the present partners discussed about the next steps on the new innovation centres and the role of the Academy Textile Industry Council.

Next partnership project meeting will be held in July 2022, in Rome.